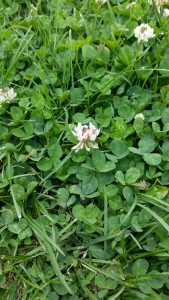 Have you ever felt that God has called you to do something, but then started to doubt whether that calling was really from God? To be honest… I have. I know that the enemy is always there trying to get inside of your head. His name means “The Accuser” and he’s always prepared to try to convince you that we are failing; particularly when we are trying to do something that God wants us to do. This past week has been that way for me. I’d actually started to wonder whether this blog was really what God wanted me to do or whether my fleshly self was trying to win God’s favor through works. Doubts kept coming into my mind every time I began thinking about it. All week long I’d been praying to God about those doubts, but the more I thought about them the stronger they seemed to get. Yesterday in frustration I cried out to God saying, “God, You have to show me what to do to get rid of these doubts!” As soon as I asked He answered.As soon as I stopped thinking about doubts and actually listened for an answer from God the story of Gideon testing the angel of the LORD with the fleece came into my mind. Like Gideon prayed to the angel of the Lord, I prayed to God asking Him not to be angry with me for testing His will. I wanted to know for sure that writing this blog was actually what God wanted from me. I told Him that I didn’t want to be writing the blog because I “thought” it was the right thing to do, I wanted to KNOW that I was walking along the path that He had for my life. Later that afternoon during my afternoon break at work I asked for His guidance regarding this issue and Gideon’s story kept coming to mind again. In frustration I thought “I don’t have a fleece” and instantly an image of a clover patch outside the front of my office building came to mind along with the idea that I should go look for a four leafed clover. Without hesitation I got up from my desk and went outside.

I’d scarcely bent over and began to look through the clover patch by the sidewalk when a friend of mine (whom I haven’t seen in over six months) called out my name. He’d been driving past my office building and had seen me bending down; looking for a four leafed clover. He began to share multiple stories of his own testimony that filled my heart with joy and after we’d been talking for a while I told him about my doubts and explained what I’d been doing when he’d called out to me. His response was instant, “I’ve got fields of them at home! You want a four-leaf clover! I’ll bring you a bunch of them!”

I knew at that moment that God had answered my prayers. Did I get a four-leafed clover? No, I didn’t, but I got something much more precious. I got to experience God’s hand in my life steering me down the path that He wants me to walk on. A four-leafed clover is just a thing; something that I can’t take with me when I get to go to Heaven to be with My LORD. By directing me towards a location to look for the clover He blessed me with a few moments of genuine fellowship with my friend. As I thought about it later I realized how specific God had been. This blog was started with the intention of traveling and learning other people’s testimonies so that they could be shared with people interested in hearing them. By following God’s suggestion to look for a four-leaved clover I got to hear three amazing stories of my friend’s testimony that I’d never heard before. The peace that I received from knowing that I was doing God’s will allowed the words above to burst through the writer’s block that I’d been experiencing. Thank You LORD for guiding me.

Journey's along the road and Testimonies of God's grace and wisdom gained along the way.

The Art and Craft of Blogging

delivered directly to my computer monitor on an all too regular basis...